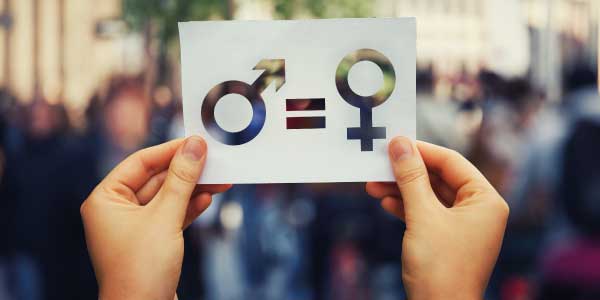 Demographers have long theorized that gender equality may be one of the determinants of fertility in both low- and high-income societies. In the 20th century, most researchers thought that as women got wider access to education and the labour market, more of them would choose to have few or no children (e.g., Lesthaeghe, 1995). Indeed, across the world in the 20th century, fertility was much higher in societies with low gender equality (Figure 1). 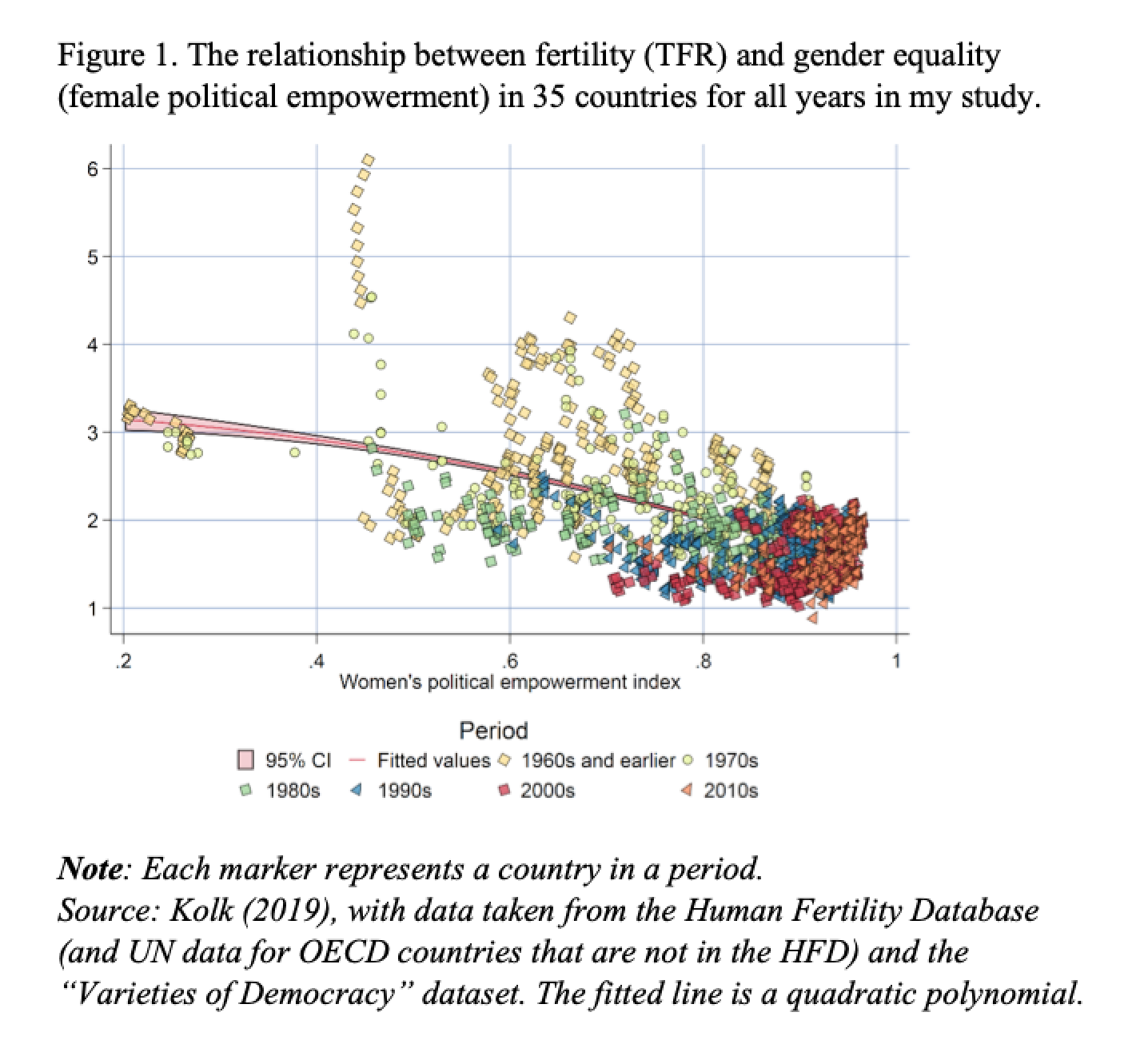 However, in the last decades this association has apparently switched to its opposite: among developed countries, fertility is now higher in societies with higher gender equality, such as Scandinavia (Figure 2). A few researchers have recently theorized that the relationship between gender equality and fertility is U-shaped: higher gender equality may reduce fertility at first, but eventually encourages it. This is explained by the fact that in post-industrial, high-income gender-egalitarian societies women do not have to choose between family and career, and family-friendly policies are more common (Esping-Andersen 2016, MacDonald 2000, Goldscheider, Bernhardt and Lappegård 2015). Such ideas are becoming widespread, not only in social science, but also in mainstream media such as the New York Times.

Greater gender equality leads to higher fertility. Does it really?

In a recent study (Kolk, 2019), I examined whether gender equality in a society is indeed related to fertility, but I tackled the issue from what I believe is a new perspective.

I tested this relationship by examining how fertility (TFR) has evolved with gender equality (female political empowerment) in 35 countries over the 20th century. Cross-sectionally, my findings did not differ from those of other scholars: since 2000, societies with greater gender equality have also had higher fertility (Figure 2). 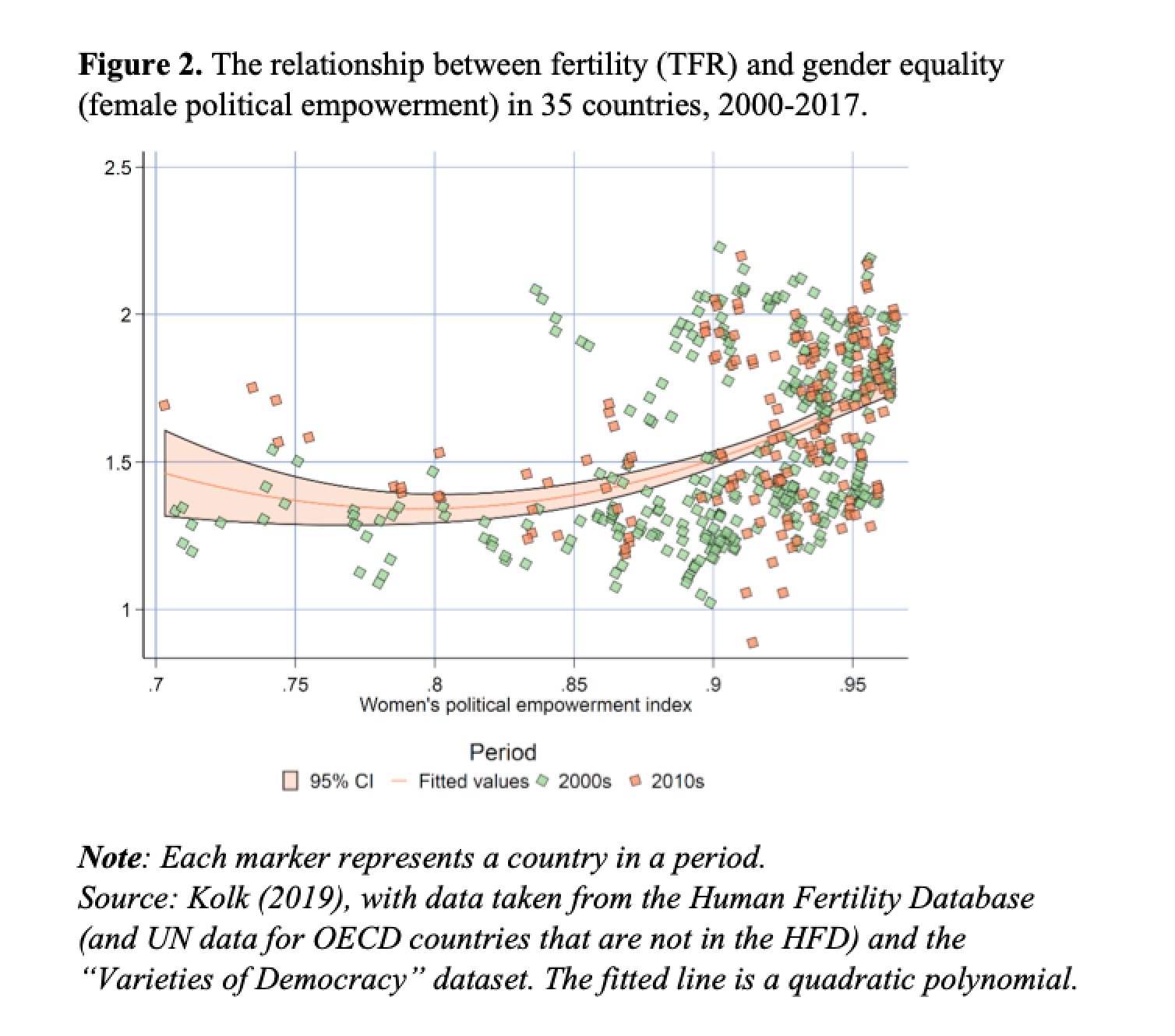 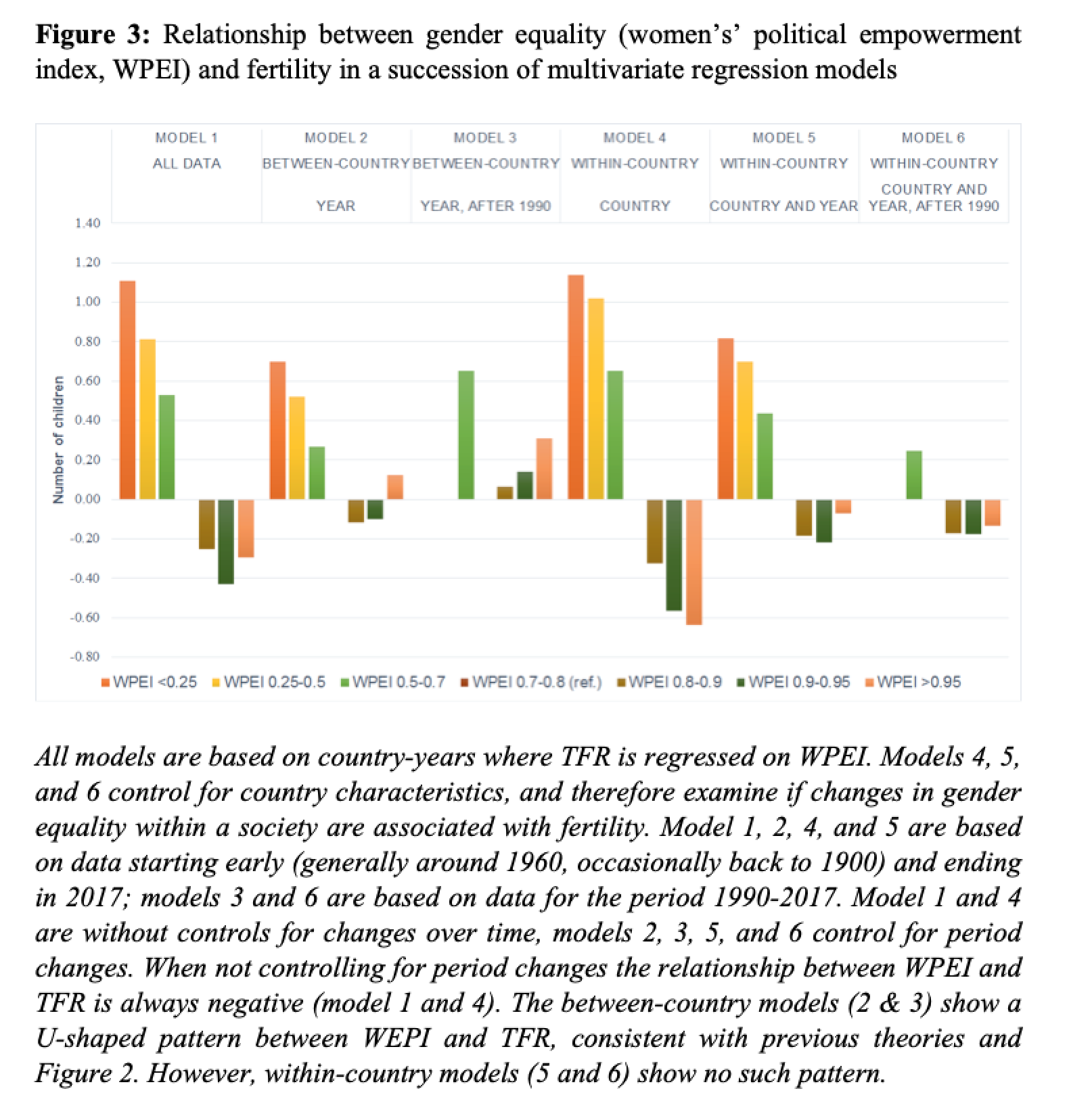 While very low gender equality is usually associated with high fertility (likely because in such societies women are largely confined to the private sphere, i.e., they are primarily housewives and mothers), high gender equality may come in several different shapes, and the associated fertility may be low or (relatively) high. Of course, this may also depend on variables that are not controlled for by my measure of gender equality, such as the extent to which the cost of childrearing is socialized, for example through a generous family policy or subsidized public day care.

My study is an example of a relatively common phenomenon in the social sciences: a pattern appears in cross-sectional analyses (different countries observed at the same point in time), but the same relationship does not emerge when studying a single country (or a group of countries) over time. In northwestern Europe, for instance, gender equality has improved massively in the last 50 years (as it has in most other countries in the world), but fertility has not increased.

This is not to say that the two variables are necessarily independent of each other; simply that their true connection is probably more complex than most observers, including demographers, tend to believe.