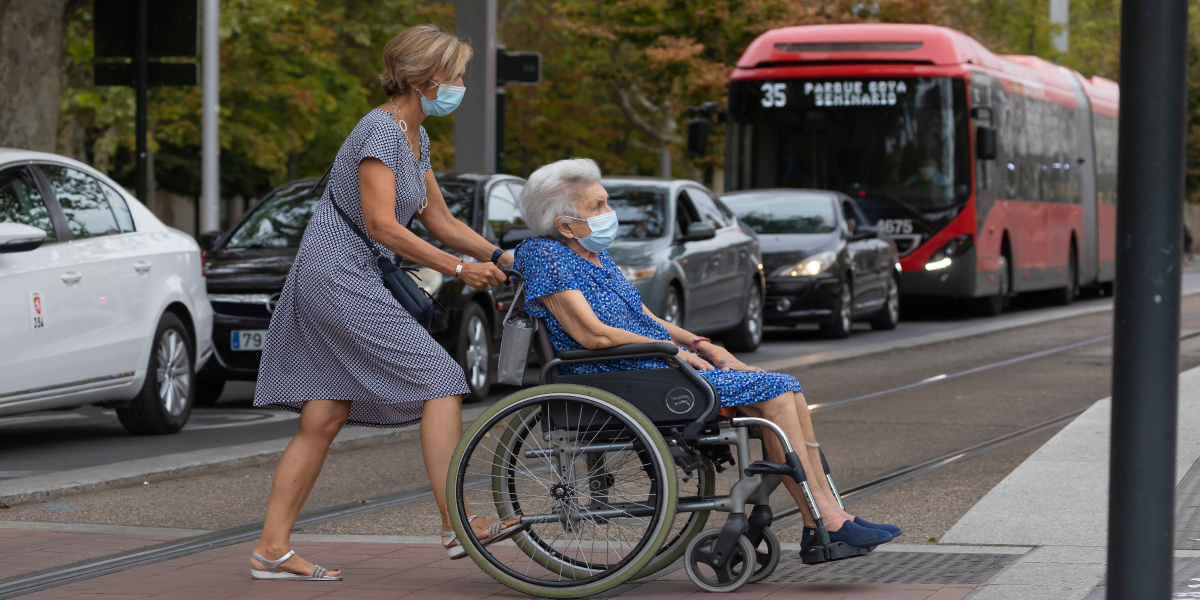 Profound demographic changes, including rapid population aging, have greatly increased the demand for long-term care for older adults throughout the world, with a large share of this care being informally provided at home by family members (Agree and Glaser, 2009). Within families, the most prevalent source of caregiving in later life is a spouse, and women, more than men, often shoulder this responsibility alone (Bertogg and Strauss, 2018).

Providing care to family members generates a strain on the caregiver’s health, but potential gender differences in the impact of providing care have not been investigated extensively by previous studies. To fill this gap, we used longitudinal data from five waves of the Survey of Health, Ageing and Retirement in Europe (SHARE) between 2004 and 2017, to examine how the impact of spousal caregiving on health varies between women and men, and across different European contexts (Uccheddu et al., 2019):

The 2017 wave was the first to include new countries (from Eastern Europe) with a second wave of longitudinal data. We define caregiving as intensive help with personal care provided to spouses,1 and we are particularly interested in how the transitions into and out of caregiving affect the health status of caregivers.2 In our study we focused on heterosexual couples who were living together throughout the period of observation. Therefore, whereas other studies have especially focused on the consequences of bereavement on the health of the spousal caregiver, we are interested in investigating the health consequences of caregiving for a spouse who might have a non-critical illness. We use the Frailty Index (FI) as a health outcome, which is a measure of general health status and is an important factor that can be used to predict morbidity and mortality (Romero-Ortuno and Kenny, 2012).

Spousal caregiving and health by country and gender

Frailty scores range in theory between 0 (no health deficits present) and 100 (all deficits present). However, the maximum values observed were 82.5 for men and 83.8 for women. The mean value of the variable ranges from 10.8 for men to 12.0 for women, with standard deviations of 9.2 and 9.9 respectively.

To provide a first overview of the gendered pattern of both caregiving responsibility and health, in Figure 1 we report the average percentage of men and women aged 50 years and over who, between 2004 and 2017, provided care for their spouse across different types of welfare state (left panel) and the average value of the FI for men and women age 50+. Among the 17 European countries under analysis, women more often provide care to their spouses than men (Figure 1, left panel). The gender difference is minimal and statistically insignificant in Northern Europe, but this descriptive does not control for other possible causes, such as country-specific gender differences in the levels of care needs.

The frailty score of women living in Eastern, Southern, and Western Europe is  two to three times higher than that of women living in Northern Europe (Figure 1, right panel), and consistently higher than that of men, especially in Southern Europe. However, there is considerable international variation, with Denmark, Greece, the Netherlands and Switzerland having a relatively low average FI compared to other countries3 (Figure 2).

To move beyond the research traditionally conducted within this field, we investigated how the caregiver’s health status changed in response to starting and stopping spousal caregiving. While the current literature assumes that the health effects of each are the same (with an opposite sign) we used an innovative statistical approach that allowed us to measure the two effects independently (Allison, 2019).

Our results suggest that the negative consequences of the transition into spousal caregiving outweigh the positive effects of a transition out of caregiving. However, the detrimental effects of spousal caregiving on health appear to be reversible, especially for women in Southern and Eastern European countries. This might be a consequence of the fact that in less generous welfare states, where care responsibilities are strongly endogenized within the family, women are constrained to provide more intensive forms of informal family caregiving (Bertogg and Strauss, 2018; Brandt, 2013). When women are burdened by their caregiver role, in a context where outside formal support is scarce, health problems may ensue, due to higher levels of stress and fewer available coping resources. Being freed from such an intensive caregiving task might thus provide a sense of relief.

Our study underlines the asymmetric and gendered nature of care transitions and the need to account for care trajectories when assessing the impact and consequences of caregiving. A better understanding of the spousal caregiver career over the life course is important for all those who plan and provide care for both caregivers and, potentially, for their impaired spouse.

1 Informal care within the household was assessed with the following question: “Is there someone living in this household whom you have helped regularly during the last twelve months with personal care, such as washing, getting out of bed, or dressing?”, with answer categories “Yes” and “No”. To avoid problems of misclassification, individuals who provided care to persons other than a “Spouse/Partner” (such as parents, siblings, friends, etc.) were set to missing.