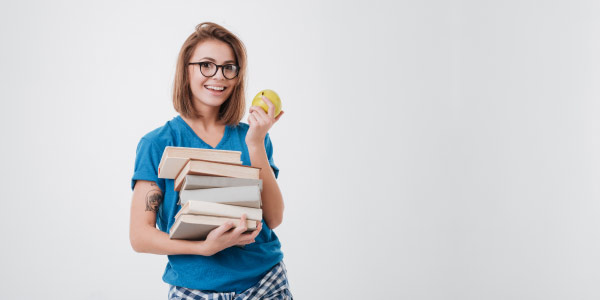 In the absence of health surveys, we know very little about trends in disability before the 1960s. When health surveys become available, we can see that disability trends follow those in mortality with a lag. After a period of decline, mortality rates in the United States (and other Western countries) stagnated in the 1960s, then started falling again in the 1970s, mostly as the result of decreasing mortality from cardiovascular disease. However, disability prevalence did not start to decline until the 1980s (Crimmins et al. 2016).

Determinants of trends in disability

Medical interventions are one possible explanation for the decline in disability. However, although medical technology may reduce disabilities (Cutler 2005), medical interventions may also raise their prevalence by prolonging the average duration of certain diseases (Gruenberg 1977). While mortality from major debilitating diseases, such as cardiovascular diseases, has declined, their prevalence appears to have increased. Heart disease is a leading cause of disability. Another main disabling condition is hypertension, a major risk factor for stroke.

Education is strongly associated with many health-related behaviors, access to health care, and ability to navigate the healthcare system. A low level of education is also associated with psychosocial factors, such as depression, social isolation, stress, and loss of control, which may affect health. Thus, an increasingly educated elderly population is another possible explanation for the decline in disability (Freedman and Martin 1999).

The US National Health Interview Survey is the world’s longest running survey of health data, dating back to 1957. Annual microdata have been preserved from 1963 to the present (King 2011).¹However, the design of the question on disability has changed over time. To cope with this problem, in a recent study I added variables indicating change in question design to the statistical analysis (Schellekens, 2019). Moreover, in certain years, all respondents above age 85 are grouped together. For this reason, I limited the analysis to a sample of 1,453,543 respondents aged 50-84.

The outcome variable in the analysis was the probability of reporting any limitation of activity. Figure 1 presents trends in the annual percentages of women and men concerned. It shows a steep rise around 1973 and a sudden drop around 1997. Among men, an additional sudden drop occurs around 1982. The timing of these discontinuities suggests that they are associated with the expansion of Medicare in 1973 and with changes in question design in 1982 and 1997.²That of 1997, in particular, makes the decline in disability appear to be much more dramatic than it really was. By adding variables indicating the three discontinuities to the statistical analysis, I was able to estimate how disability trends would have evolved if question design and coverage of Medicare had been the same as they are today. 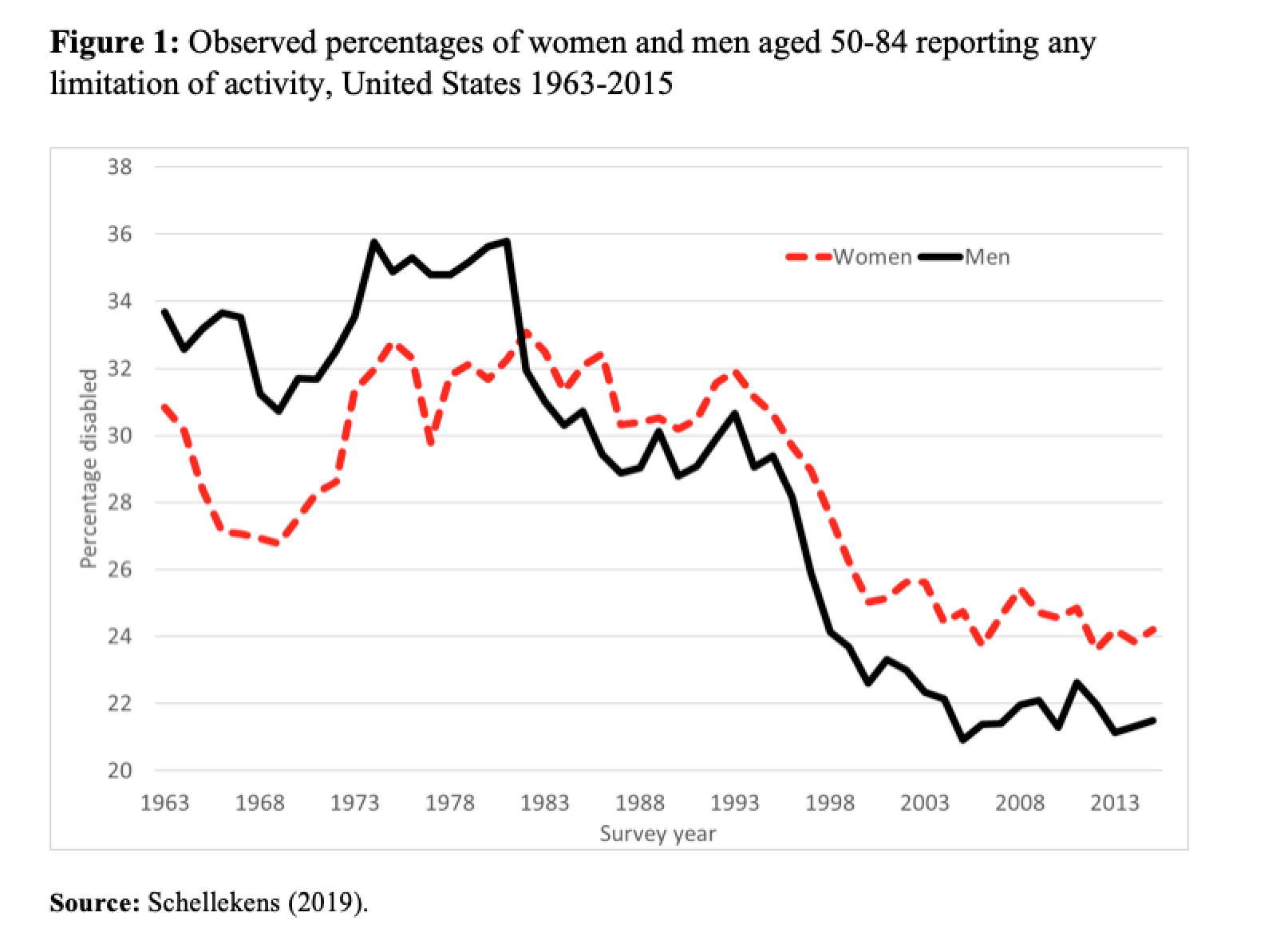 In addition to the three indicator variables that correct the survey data for discontinuities, I used two variables to explain trends in the probability of a respondent reporting any limitation of activity: (1) mortality rates from cardiovascular disease, as a proxy for medical interventions; and (2) years of education, as reported by the respondent.

What would have happened if …

A simple way to show the effect of change in an explanatory variable on the annual percentage reporting any limitation of activity is to estimate how the percentage evolves if an explanatory variable is held constant. I thus estimated trends in disability, first under constant cardiovascular mortality rates, and then under constant conditions of educational attainment.

I present the results only for men, because those for women are very similar. The American population has aged. Thus, other things being equal, we expect an increase in disability prevalence. To take aging into account, Figure 2 presents the results for men at age 60. The solid line shows the trends obtained after correcting the data for discontinuities caused by the changes in question design and the expansion of Medicare. It confirms that the percentage reporting any limitation of activity started to decline in the 1980s.

Figure 2 also shows what would have happened to men aged 60, if the two explanatory variables had remained constant, without changes in question design or in the coverage of Medicare. If cardiovascular mortality had not decreased, then disability prevalence would already have started to decline in the 1970s (red line). The hypothesis that gains in longevity are associated with longer periods of morbidity is consistent with this scenario. If, in addition to constant cardiovascular mortality, there had been no improvement in educational attainment, then there would not have been a clear downward trend in the annual percentage of men reporting any limitation of activity (blue line). Thus, my analysis shows that the decline in disability is associated with an increasingly educated elderly population.

Trends in cardiovascular mortality and educational attainment together account for all major trends in disability at ages 50-84 from 1963 to 2015, leaving limited room for other explanations. I chose to present results for men aged 60 only. This choice was arbitrary. However, my conclusions are indifferent to the choice of the exact age between 50 and 84.

My results provide support for the argument that disability will stop declining in the near future if better education is indeed the major explanation for this trend. The level of education will not continue to rise forever. As the rise draws to a halt, my analysis predicts that disability rates will stagnate. It is possible that we have already reached this stage, as the percentage disabled has not shown a clear trend in the last decade.

Cutler, D. M. (2005). Intensive Medical Technology and the Reduction in Disability. Pp. 161-179 in Analyses in the Economics of Aging, edited by David A. Wise. Chicago: University of Chicago Press.

² Medicare is the federal health insurance program for people who are 65 or older. The 1972 Social Security Amendments expanded Medicare to provide coverage, beginning July 1, 1973, to disabled persons receiving cash benefits for 24 months under the social security program.