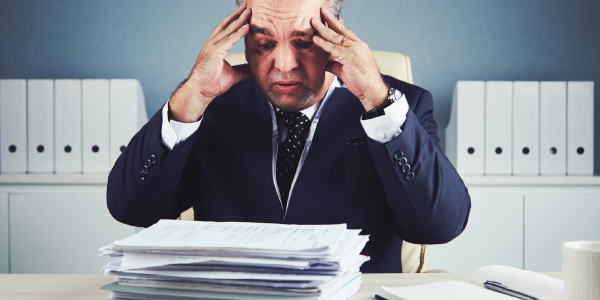 Europe’s workforce is aging rapidly, especially in Germany. This demographic change requires policies that seek to extend working lives, for example, by increasing the statutory pension age and closing early retirement pathways. The aim of these reforms is to increase the labor participation of older workers to secure the long-term sustainability of the social security system. However, in the case of Germany, for instance, the actual retirement age in 2016 was 63.2 years, well below the statutory age of 65 years (OECD 2016).

This premature exit from paid work has also been a serious concern for individuals and companies. Individuals leaving paid work may be at increased risk of financial and social problems, while companies may face a skill shortage. This highlights the importance of understanding risk factors contributing to early retirement. Previous research has shown that one primary reason for early retirement is poor health. Health in turn is influenced by exposure to the job environment, in which most persons spend a comparatively high proportion of their lifetime.

In a recent paper (Mäcken 2019) I investigated the complex relationship between work stress, health, and retirement age in Germany, taking educational differences into account. The German case is particularly interesting as the labor market and pension reforms aiming to delay retirement have been effective. Early retirement is possible at age 63 for persons with an insurance record of at least 35 years, but the pension benefit is lower. Disability retirement is possible at age 63 without pension cuts and at age 60 with a deduction of 10.8%. Hence, the employment of older workers has increased steeply in recent years in Germany, rising by more than 10% between 2000 and 2012 for males aged between 55 and 59, for example (König, Hess, and Hofäcker 2016).

Work stress can be best explained by two established theoretical models: the demand–control model (Karasek and Theorell 1990) and the effort–reward–imbalance model (ERI) (Siegrist et al. 2004). The former identifies stressful work in terms of high demands in combination with low control. The latter claims that an imbalance between high efforts and low rewards affects health and retirement decisions. Rewards can be financial, e.g. promotion prospects, including job security, or emotional through recognition and appreciation. The two models complement each other, with the first focusing on work content, and the second highlighting violations of reciprocity exchanges. Both models are measured with shortened versions of the original scales of the demand–control model and the ERI model, with higher scores indicating more work stress in both models. The demand-control model is measured only by the control dimension with two questions about (1) freedom to decide how to do one’s work and (2) the opportunity to develop new skills, on an eight-point scale. The ERI is the ratio of the sum score of the two effort items divided by the sum score of the five reward items.

Three different health measures are taken into account. A strong predictor of retirement is self-rated health (SRH). SRH is a commonly used generic health indicator which is not necessarily related to a certain medical condition but broadly reflects the different dimensions of health not covered by specific measures of illness or disease. Another predictor is depression. Depression is the leading cause of disability worldwide and contributes significantly to the global burden of disease (WHO 2017). Finally, work stress may affect not only mental, but physical health, inducing cardiovascular diseases (CVDs) such as hypertension, stroke, and heart attacks. Poor outcomes on all three health measures — SRH, depression, and CVD — can be caused by work stress and lead to a lower retirement age.

The associations between work stress, health, and retirement age in Germany were investigated with data from the longitudinal Survey of Health, Aging and Retirement in Europe (SHARE) which were linked to German register data, SHARE-RV. Respondents had to give consent to record linkage, and the linkage was 47.5%. The survey collected data on health as well as the social and economic circumstances of participants aged 50+ years (Börsch-Supan et al. 2013) starting in 2004. The sample was restricted to 302 respondents who were in paid work at the first observation and retired during the observational period between 2004-2014. Self-employed persons and civil servants were excluded because, contrary to other employees, they are not eligible for the German pension scheme and were therefore not included in the SHARE-RV.

Self-reported health (or SRH) was measured using the question, “Would you say your health is… 1- excellent, 2- very good, 3- good, 4- fair, or 5- poor”. Depressive symptoms were measured using the 12-point EURO-D depression scale, with a higher value indicating more depressive symptoms. Cardiovascular diseases (CVDs) were proxied by risk factors, such as hypertension, diabetes, and high blood cholesterol and measured with a dummy, equaling one if any of these conditions was present.

Work stress affects health differently, depending on the employee’s level of education and the health measure used. In the case of SRH, a higher ERI is associated with better SRH for highly educated employees. Highly educated employees with a high ERI also had a lower probability of CVD. In contrast, less-educated people with low job control had more depressive symptoms. Educational differences were only significant in the association between work stress and health, but not in the retirement context (fig. 1). 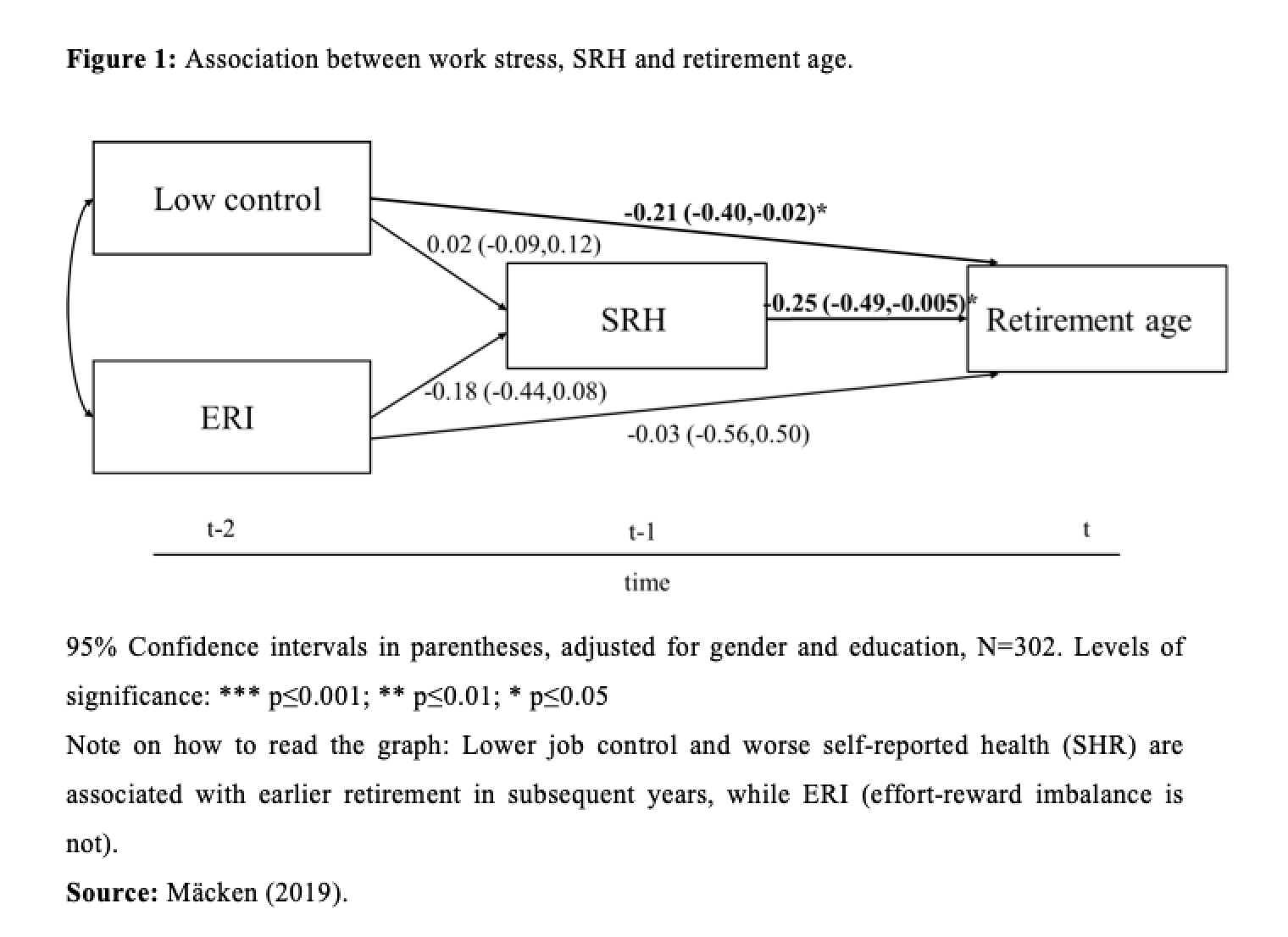 German employees tend to retire early when they perceive their job as stressful. Within this process, employees’ subjective assessment of their health status (SRH) matters more than the presence of depressive symptoms and a high risk of cardiovascular diseases. In line with previous research, this study shows that self-rated health reflects a multidimensional concept of health and well-being, even in the absence of a disease. The results of work stress on health differ from those of previous research, which showed that effort–reward–imbalance and low job control increase the risk of depression and cardiovascular diseases. This could be because ERI was measured on a shortened scale, for example, excluding over-commitment as a measure of employees’ response to job demands, which may not capture the complexity of work stress. Highly educated employees may be more over-committed as they identify more strongly with their jobs.

Beyond measures to address workers’ health status, improving psychosocial working conditions could help to reduce early retirement. In particular, improving job control potentially extends people’s working life, as it directly contributes to explaining low retirement ages in the present study. Policy makers and stakeholders, such as employers and trade unions, should closely monitor people’s work stress if they wish to prolong working lives and tackle the shortage of skilled professionals in times of demographic change.