Han Chinese population shares in Tibet: early insights from the 2020 census of China* 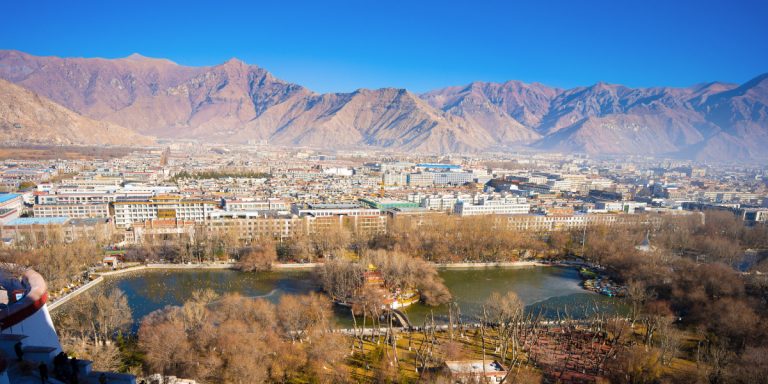 The early results of the 2020 Census of the People’s Republic of China shed light on the highly politicised issue of Han Chinese population shares in the Tibetan areas of western China. Andrew M. Fischer highlights two contrasting patterns. Han shares increased in the Tibet Autonomous Region (TAR) but from a small base, reaching 12 percent in 2020. However, they fell in the other Tibetan areas.

As snippets of the 2020 Census of China are slowly being released, we can already gain valuable insights into the population dynamics of the minority regions in Western China. It is worth highlighting these insights now, given that the release of the detailed census will probably take much more time (the 2010 census was not released for over two years), and because Chinese migration to Tibetan areas has resurfaced as an object of international concern and scrutiny.

The officially recognised and indigenous Tibetan areas in China cover a region about the size of Western Europe. About half of these areas and half the Tibetan population are in the Tibet Autonomous Region (TAR), which is entirely composed of Tibetan areas and often referred to simply as ‘Tibet’. The other half of the population lives in Tibetan ‘autonomous areas’ spanning four other western provinces: Gansu, Qinghai, Sichuan and Yunnan.

The initial census data on all these areas were compiled from provincial and prefecture level statistical communiqués, some of which are online, and others only reported in local newspapers (such as with the Qinghai communiqués).1

The level of detail varies across the communiqués. Many – especially at prefectural level – do not divulge ethnic decompositions. Those that do only present a binary of Han and minority, not differentiating between various minority groups (such as Tibetans and Hui Muslims), except for the TAR communiqué, which specifies Tibetans. Nonetheless, parsing through the data can reveal several important trends that confirm previous demographic studies (e.g., Fischer 2008, 2014; Childs 2008; Ma 2011).

Interestingly, trends are opposite across the two halves of Tibet, particularly between the TAR and Qinghai, the province with the next highest Tibetan population share and the second most subsidised province in China after the TAR. Moreover, the difference has intensified since the 2000s (Figure 1). The Han Chinese population share has increased sharply in the TAR, encouraged by massive subsidies from the central government that exceeded 100 percent of the TAR GDP from 2010 onwards (Fischer 2015). The increase has also accelerated with respect to the 2000s, but from a small base, and the Han remain a small minority.

Outside of the TAR, Han Chinese shares have fallen (or remained stable in Yunnan). The fall is sharpest in Qinghai, where it is also faster than in the 2000s. If these trends continue, minorities in Qinghai will become the majority within a few years.

Table 1 shows the differences in population dynamics that underlie these trends. The TAR population grew by almost two percent a year during the 2010s, through a combination of relatively high natural growth rates (NGR) and net in-migration.

In contrast, in the provinces with Tibetan areas outside of the TAR, populations either stagnated or declined due to net out-migration (difference between total and natural rates of change). The stagnation or decline was mostly attributed to Han Chinese, due to strong out-migration combined with low NGRs. Conversely, NGRs among minorities were higher than the average provincial rates in all areas besides Yunnan, thereby compensating for the Han.

These data reflect a general tendency facing relatively poor peripheral areas, that of net population outmigration to more central locations. This is all the more problematic in the heavily subsidised context of the TAR. Moreover, such emigration is more prominent among non-indigenous Han Chinese, who are more urban, educated, and mobile in these western regions, and more culturally connected to other parts of China, whereas local Tibetans (and other minorities) are less mobile and have higher NGRs (Iredale et al 2003; Fischer 2008, 2014; and Ma 2011).

This tendency is best exemplified by Gansu, currently the poorest province in China,2 where the population declined over the decade despite a positive NGR. Similarly, even though Qinghai and Yunnan grew, their annualised growth rates were also significantly lower than their NGRs. Only Sichuan managed to register slightly higher annual total growth rates than natural growth rates.

Obviously, these provincial aggregates do not capture the dynamics in sub-provincial Tibetan areas outside the TAR. However, there are strong indirect indications that general tendencies are similar, or even more pronounced in these areas. Examples are given in Table 2, focusing on several of the larger Tibetan autonomous prefectures outside of the TAR.

The strongest population growth was in the two remotest prefectures in Qinghai, namely Guoluo and Yushu, both of which are almost entirely Tibetan and do not border any non-Tibetan areas. Using the proportion of the population aged 0-14 years old as a rough proxy for NGR data (which are not available for these prefectures), it is clear that their growth rates have been driven by relatively high NGRs among local Tibetans, whose age structure is the youngest in China. The less remote prefectures that border Han areas, and that have lower minority shares and older population structures – Gannan, Aba and Ganzi – exhibit low or negative population growth, closer to their respective provincial trends.

The TAR exception and development implications

The TAR is the exception to the rule. Yet even despite doubling over two decades, its low Han share in 2020 will still probably be greeted with incredulity by those who claim the government has been swamping the local population with Han in-migrants. This may partly owe to the fact that journalists and other observers mostly visit these areas in the summer, when the Han Chinese population swells from tourism, which may bias the picture of who the local residents really are.

Moreover, we know from previous censuses that the Han are disproportionately concentrated in the urbanised core of Lhasa and to a lesser extent in other major towns, and that very few reside in rural areas (Fischer 2008; Ma and Lhundup 2008; Yeh and Henderson 2008; Ma 2011). And that is precisely why their presence is so sensitive – not because of their population share, but because they dominate economic opportunities in these urban centres, where they are also most visible. They also have strong competitive advantages over locals, given the Chinese linguistic biases in the state-dominated urban economies.

Hence, the key issue around Han in-migration to these Tibetan areas is the strong competitive pressures that it brings at a key moment of socio-economic transition for locals. These pressures may arguably persist even when Chinese population shares are declining if urban employment opportunities do not keep up with the needs of the rapidly urbanising local population. These subtleties need to be assessed to have a better understanding of the grievances that in-migration might exacerbate in such contexts.

Fischer, A. M. (2014). The Disempowered Development of Tibet in China: a study in the economics of marginalisation. Lanham, MD: Lexington, pp. 83-126.

Fischer, A. M. (2021). ‘Chinese Population Shares in Tibet Revisited: Early insights from the 2020 census of China and some cautionary notes on current population politics.’ ISS Working Paper No. 684, July 2021.

1 See Fischer (2021) for a detailed list. These communiqués were collected and sent to me by a local researcher, who prefers to remain anonymous.