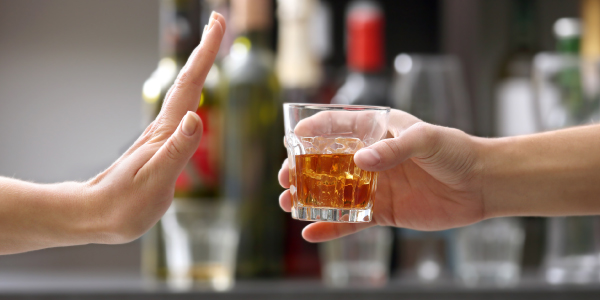 Throughout the world, women’s life expectancy is higher than that of men. The world average is currently 73.2 years for women vs. 68.6 years for men, with a mean gender gap of 4.6 years (UN Online 2017). This gap has been traditionally wide in Central and Eastern Europe (CEE), where it is currently the largest in the world: women’s life expectancy is 9.8 years higher than men’s in the Eastern European region, and the gap is even wider in countries such as Russia (11.3 years), Ukraine (10.0) and Belarus (11.1) (UN Online 2017).

Part of the gender gap in life expectancy can be explained by biological factors (e.g. genetics, hormones, etc.; Luy et al. 2015). However, most of the gap is due to non-biological factors and notably to behavioural factors, such as smoking and alcohol, that result in diseases such as lung cancer (smoking), liver cirhosis (alcohol), and cardiovascular diseases (smoking and alcohol). In Eastern Europe, such factors are thought to play an even bigger role than in other developed countries (Luy et al. 2015). In particular, a remarkably important behavioural difference between Eastern European men and women is alcohol consumption (WHO 2018), with the former, especially at working ages, drinking substantially more than the latter, and indulging in riskier drinking patterns (higher consumption of alcohol per occasion; Popova et al. 2007).

Contribution of alcohol to gender gaps in life expectancy

In 2012, the average gender gap in life expectancy at birth in the eight CEE countries was 9.6 years. Gender differences in alcohol-attributable mortality, were, on average, responsible for 1.7 years (17.9%) of this gap. Overall, the contribution of alcohol to the gender gap ranged from 1.4 years in Poland and Romania to 2.4 years in Lithuania. In all eight countries, its contribution exceeded 15%, with Lithuania having the highest relative contribution (21.5%), and Ukraine the lowest (15.1%). (Table 1) 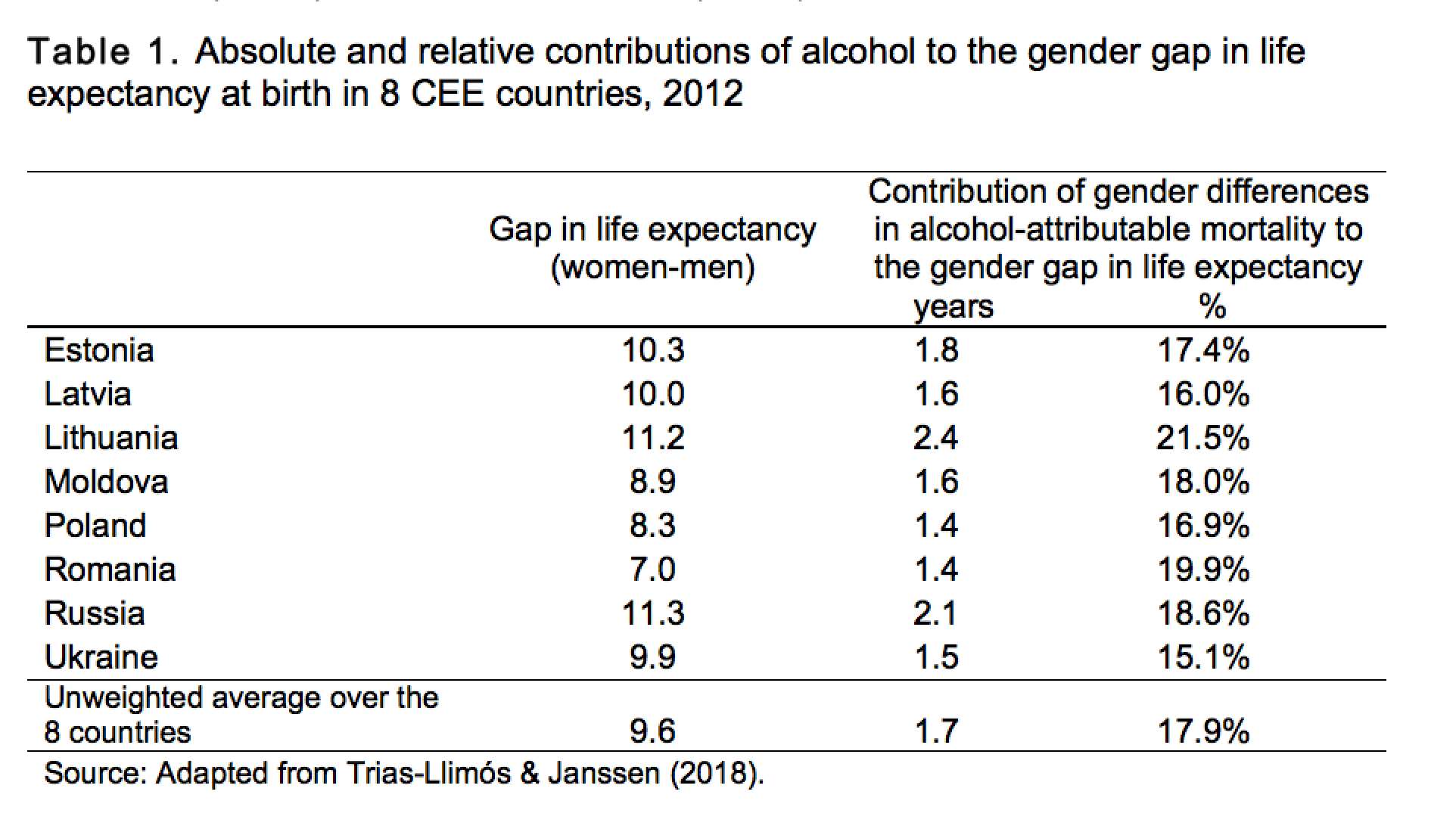 In addition to levels, it is worth considering the time trend. Figure 1 shows trends in the gender gap in life expectancy over time (1990 onwards) for the eight selected CEE countries.

In most of these countries, and especially in Russia and Ukraine, life expectancies and the associated gender gaps have followed irregular time-trends, with large increases in the early 1990s followed by declines in the late 1990s, and a renewed increase until around 2005. The contribution of alcohol-attributable mortality to the gender gaps in life expectancy has also followed an irregular pattern, with an upward tendency, especially in Russia, Lithuania and Ukraine, until 2005.

From around 2005 onwards, the contribution of alcohol-attributable mortality to the gender gap in life expectancy declined in all countries, except in Moldova. Over the period 1990-2012, it contributed 1.9 years on average (18.8%).

Overall, our results suggest that the large gender gap in life expectancy in CEE countries is directly linked to gender differences in alcohol consumption, and especially to the substantially higher consumption of vodka and other spirits and to the higher prevalence of binge drinking among working-age Eastern European men as compared to women (WHO 2018; Popova et al. 2007). These behaviours could be explained by traditional gender differences in social roles (e.g., women being responsible for housework inside the home, and men for generating an income outside the home), and their differing strategies for coping with stress (men tend to drink more alcohol to deal with stressful situations; Bobrova et al. 2010).

The changes over time in the contribution of alcohol to gender differences in life expectancy (increase up until 2005, decline thereafter) can be predominantly linked to changes in alcohol prevention policies. In the 1990s, such measures were rare, especially in the former Soviet countries. The limited policies in place had little effect on the dynamics of alcohol-attributable mortality, which was increasing at that time in response to the unfavourable economic, political and public health context. However, from mid-2000s onwards, stricter preventive health policies targeting alcohol abuse were implemented, including controls on the production and sale of alcohol in Russia, and increased alcohol taxes in the Baltic republics, for example (Jasilionis et al. 2011; Grigoriev et al. 2015). The adoption of these policies, which occurred in a more favourable economic and political context, can be linked to positive changes and to gradual and sustained declines in overall alcohol consumption in CEE countries (WHO 2018; Moskalewicz et al. 2016; Grigoriev et al. 2015).

To sum up, the gender gaps in life expectancy in most CEE countries are among the largest in the world. Gender differences in alcohol consumption and in the resulting alcohol-attributable mortality have been shown to make a major contribution to the gender gaps in life expectancy in Eastern Europe. In 2012, the contribution of alcohol to this gender gap exceeded 15% in all eight CEE countries, due mainly to both higher alcohol consumption and riskier drinking patterns (consumption of alcohol per occasion) among working-aged men than among women. In general, the contribution of alcohol increased until 2005 and declined thereafter, mainly following the implementation of stronger preventive policies after 2005.

It is precisely these preventive policies that should be pursued and reinforced, especially among working-aged men, if further mortality reductions in CEE countries are to be achieved.

This work is financed by the Netherlands Organisation for Scientific Research (NWO) as part of the research programme “Smoking, alcohol, and obesity, ingredients for improved and robust mortality projections”, grant no. 452-13-001.