The political responsibility for sexual and reproductive health and rights* 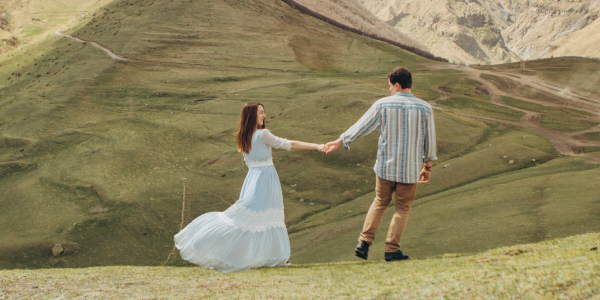 People fall in love. People fall out of love. And they express these desires (or changing or conflicted desires) by entering into or retreating from sexual relationships before, within and outside a formal marriage. They also often express them by attempts to prevent or achieve pregnancies and live births.

Sexual and reproductive behaviors are thus as much a matter of the heart as of the head, and all societies and countries have formal and informal rules about the experience and expression of such emotion – rules about whom, when and how to love and when, how and how much to reproduce or control reproduction. These rules may have their origins in religious or cultural histories but they then often also get incorporated into formal legal systems that in turn implement them, sometimes loosely and sometimes harshly.

Progress on the front of sexual and reproductive rights and health

The recent Seventh International Conference of Parliamentarians in Population and Development in Ottawa (IPCI/ICPD, 2018), which reviewed progress on the ICPD Program of Action, was organized to reiterate the responsibility of political actors to demonstrate their commitment to sexual and reproductive health and rights (SRHR) which now, close to a quarter century after ICPD, also need to go beyond the services and rights elaborated in that document. For example, the rights of sexual minorities are more widely, although still not universally, acknowledged today; access to abortion is now less contentious (but not everywhere) than it was in 1994 – witness for example the recent referendum to liberalize abortion laws in Ireland – and it is therefore time for an updated ICPD agenda.

The proverbial understanding is that actions speak louder than words on all these matters. That is, it is not enough for political leaders to talk big, we need to see more changes on the ground in laws, policies and services and it is incumbent on political leaders to make these changes.

Sexual and reproductive rights and health under attack globally

However, on the matter of sexual and reproductive rights, where so much of the penalty for breaking the rules is social, a case can be made that words are very important in their own right. Politicians and other influential public figures need to stand up much more visibly for the rights of individuals to determine their own sexual and reproductive trajectories (Basu, 2018). Such standing up is unfortunately rarer than it should be in most parts of the world. If anything, political pronouncements on matters to do with sexual and reproductive health and rights seem to be regressing in many places.

In the US, one reason that President Trump could make the reinstatement of the Global Gag rule  his very first policy action, was the confidence that his political opponents would not make an issue of it; they thought they had bigger and more winnable battles to fight. But it is hardly surprising that, after the reproductive rights of women in distant lands were thus curtailed, the political conservatives feel more emboldened to turn their attention to the rights of Americans, so much so that there is now a genuine anxiety that Roe-vs Wade could get overturned. The Supreme Court’s recent upholding of President Trump’s decision to ban transgenders from serving in the US military is a more definitive example of domestic curbs on SRHR.

Similarly, in India in recent years, there have been a number of elected representatives seeking legal and civic action against ‘love jihad’ (the accusation that one way in which the Muslim community in the country is trying to increase its numbers is by getting its young men to seduce and marry non-Muslim women who will then produce more Muslim babies!) – this kind of rabble rousing is not harmless babble, as several instances of the public hounding of inter-religious couples demonstrates. As a footnote, it would make much more sense to use the accusation of love jihad to encourage non-Muslim men to brush up their romantic skills! Other members of Parliament and Legislative Assemblies, as well as some non-elected public figures have been regularly asking for new rules to punish high fertility couples, for example by denying them the right to stand for elections or even denying them voting rights.

Political leaders making such provocative statements is bad enough; what is more worrying is how rarely political representatives from either their own side or the opposition step up to openly condemn these remarks or even to disown them as belonging to a fringe.

Similarly, the verbal criticizing of sexual minorities by politicians in many countries rarely gets challenged by other otherwise moderate or liberal politicians; it is never clear if this silence is a result of fear of their intemperate colleagues or a judgement (or misjudgment) of the popular mood. If it is the latter, then one expects such moderate or liberal politicians, especially after they have attended these regular lush gatherings of Parliamentarians in Population and Development  (see, for example) to even more strongly speak up to change the public discourse.

There is a large literature in demography on the ‘diffusion’ of new ideas and ideologies that might account at least partly for the demographic transition, through changes in attitudes to contraception, fertility, women, and so on. Very often, such changes are inspired by the sayings and doings of role models. It is debatable whether political leaders are really role models for anyone, but they do come with an association of status and power that makes their verdicts sound authoritative. They can use this authority to spread the idea of sexual and reproductive rights or they can use it to reaffirm unjust norms and laws that damage the sexual and reproductive health of individuals who dare to disobey these rules. Unfortunately, as of now, there seem more political representatives in the latter group than in the former. Even more unfortunately, the vast majority of persons in political positions are completely silent on the subject of the right of all individuals to make their own decisions on such intimate matters as love and reproduction.

IPCI/ICPD (2018), The Seventh International Parliamentarians’ Conference on the Implementation of the ICPD Programme of Action (IPCI), Ottawa, 22-23 October.